Are you a teen girl trying to get a guy’s attention? What do teenage guys find attractive? Here are his 15 biggest turn ons!

Before we dive in, keep in mind that every guy is different. For some guys, these ideas can be turn offs.

Plus, sometimes a guy just simply isn’t interested in certain girls and it sucks, but it’s still a realistic possibility.

However, these 15 turn ons are generally what teenage guys find attractive…

A good smile directed at a guy can do a few things:

It’s a great way to break that invisible barrier that’s usually there when you’re interested in someone.

When You Laugh At His Jokes

Teenage guys find it very attractive when you laugh at his jokes.

If you can make him feel good by giving his jokes some appreciation, you’re already off to a good start!

A pretty face will always be attractive to a teenage guy. However, not every guy is attracted to the same face.

Everyone will have their preferences.

Plus, teenage guys still respect girls who put effort into how they look, even if they’re not the hottest girl in the world.

Similar to a pretty face, a lot of teenage guys find it attractive when you put effort into staying healthy and in shape.

However, any girl that works on getting in shape is respected by a teen guy.

When You Text Him First

One of the biggest turn ons for teenage guys is when you text him first once in a while.

This is more of a turn on for when you guys are already talking back and forth a bit. AKA – he already seems interested.

If you don’t think he’s interested yet, don’t bother him with texts all the time.

As a good rule of thumb, if he’s texted you before to talk about something that’s not sending over homework, you can text him first.

It also shows that you don’t really care what he thinks of you, which is really attractive to a teen guy.

Plus, an “up and down” look of his body with your eyes is never a bad thing to do 😉.

When You Have Similar Interests

At the end of the day, guys love it when you can relate on a deeper level than just school.

Otherwise, it’s hard to get a real conversation going. This doesn’t mean you have to start playing video games or watching Star Wars movies or something.

The point is to try and find the things you guys can already relate to. And if you don’t, ask him about what he’s interested in and learn from it.

Teenage guys don’t have time to deal with complex flirting structures like texting back every 2 hours to seem slightly disinterested.

If you’re texting each other, text each other in the moment!

They really appreciate a girl who understands that you’re just having a convo at the end of the day. This isn’t chess!

Confidence in front of a guy is a massive turn on because it shows that you can hold your own, don’t care what others think, and aren’t afraid to speak your truth.

Remember, most guys are just happy to talk to girls, so don’t be afraid to talk to him!

Wear a good perfume, body spray, or lotion and teen guys will remember your smell for the rest of the day.

Smell is a very strong sense that can be used to your advantage when done right.

If a guy compliments how you smell, just know that he does not mind being around you for a long time.

A Girl With Ambition

Ambition shows that you actually care about something in your personal life.

Do you value your grades? Got any hobbies? Do you work hard at your job?

Believe it or not, guys value those kinds of things and respect girls who put effort into their life.

A girl who dresses well does not go unnoticed in a teenage guy’s eyes.

They’ll remember what you wear, what specific outfits they like you wearing, and how exposed you dress.

Some guys find it really attractive when girls dress in more exposed clothing while others find it disrespectful to yourself.

Either way, focus on wearing what you like wearing, but it doesn’t hurt to take a bit of inspiration from fashion trends on Pinterest!

Flirting can range from things like joking about liking each other, making funny sexual comments, or saying things you really mean (while making it seem like you don’t mean them).

If you really want him to like you, touching and teasing is the way to go…

When You Touch Him

Touching him once in a while during a conversation breaks the awkward barrier between you two.

Don’t overly touch him, but you can touch his arm lightly when he makes you laugh, or give him a gentle punch when you’re teasing him (or he’s teasing you).

All these social cues will make him think that you’re interested in him and it will give him more confidence to make a move if he likes you back.

When You Tease Him

Teenage guys LOVE IT when you tease them.

Now, you don’t wanna go around breaking their hearts with super offensive comments.

Try things like imitating him, stealing his belongings for a second or two, and anything else that would annoy him for a split second.

If you do it right, he’ll want to be all over you. Plus, it’s going to be fun for you too!

Hopefully these 15 turn ons gave you a look into what do teenage guys find attractive in a girl!

Regardless of what tips you take from this, don’t forget to be yourself. That’s way more important than winning over a stupid guy.

Think of it this way…

So be yourself before anything else and utilize the tips above to enhance your attractiveness towards him. 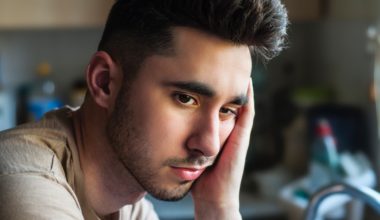 Read More
I just got out of my teenage years and boy, what a ride it has been! We go…
RReal Talk 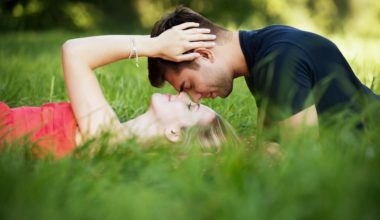