How to Flirt with a Guy in High School

Interested in a guy at school and want to win him over? These 10 tips will show you how to flirt with a guy in high school!

As a guy, I went around and asked some teenage guy friends how they preferred girls would flirt with them.

After gathering some information, it was clear that guys wanted just a few simple things.

If you can implement these 10 practices into your flirting, you’ll be sure to get any guy you have a crush on!

Guys want you to tell them how you feel or at least to make it obvious that you’re interested.

Unfortunately, a guy in high school is not some movie character that picks up on the most subtle hints.

Be a little obvious that you like him. It will only make him feel more at ease and comfortable around you.

Turn your shoulders and feet towards him, smile at him, make eye contact, and be open with him!

One of the easiest ways to flirt with a guy in high school is by giving him a compliment.

Teenage boys remember compliments until the day they die. Sadly, that’s because they’re not used to receiving many.

If you can be the girl that compliments him once in a while, it can help boost his ego in a good way.

Take a look at some things you can compliment a guy on:

Keep in mind that you genuinely have to mean it. Otherwise, he won’t believe a word you say.

A huge aspect of flirting is the playful energy behind it all.

Being a little bit of a goofball is actually a huge turn on for guys. Now, this doesn’t mean you have to act like one of the bros.

You essentially just want to take your interactions with him lightly so that you both feel more comfortable.

Just don’t be annoying to the point where he’s genuinely mad and don’t follow along with something you’re not comfortable with.

Touch is scientifically proven to help strengthen any type of relationship and produce oxytocin (the “love hormone”).

The more playful touches you can incorporate into conversations, the better.

Here are a few ways to touch him (without being weird about it):

Some teen friends of mine said that they know a lot about a girl just by how she hugs.

Touch is such a powerful tool, so use it wisely!

If you want to know how to flirt with a guy in high school, being straightforward is going to be your best bet.

Teen guys always appreciate the honesty and hate dealing with subtle hints. Plus, they’re usually not awkward about you telling them how you feel.

Easier said than done, I know. But think about how much you’d regret not finding out that he might have liked you back.

Teasing is an age-old trick for any age group that’s trying to flirt, and it all starts in high school.

Anything that can spark a little fire in his brain and make him laugh or have to touch you is a  great start.

Here are a few ways to tease a guy in high school:

She would always do the classic “tap one shoulder so you look the other way” trick every time she saw me.

It was a great way to get my attention and know that she’s thinking about me. Somehow, all that stupid stuff works in high school!

Teasing is also a huge way to spark interest while texting, so don’t be afraid to use emojis, send funny GIFs, Tik Toks, or anything else.

No matter what he’s talking about, he probably just wants to know that you’re listening.

If you can spark interest in what he’s saying, he’ll see you as someone who cares about him.

You can show interest by:

Realistically, all of these tips boil down to just being a kind person. However, if he’s being playful with you in conversations, you should definitely do it back.

Confidence is a huge turn on when you flirt with a guy in high school, so work on ways to show it.

If you’re already confident in yourself then great! You’re off to a good start.

If you feel like your confidence needs some work, try these tips out:

Eye contact is huge, but you shouldn’t stare into his soul forever. Instead, try the triangle method…

Looking at lips is great for giving hints that you want to kiss, especially if you’re really close to him.

Text Him Back Quickly

At this point, teen guys are just exhausted at how some girls will go hours without texting back.

Unless you’re genuinely busy, text him back when you see his texts. You don’t have to do it at lighting speed, but it helps to do it relatively quickly.

Plus, if you’re in the middle of a convo and you have to do something for an hour, just text him and let him know that.

You could be missing out on the chance of him liking you back if you leave him waiting way too long and way too often.

There’s no shame in having a real time conversation. You could also show your confidence by FaceTiming him when you know you’re both free!

Faking it until you make it can work sometimes. There, I said it!

It sucks and it can hurt, but there’s something you should remember…

Let’s say you fake your personality until he likes you back and you start dating. What do you think happens after that?

Exactly, he’s going to realize that you’re not who you say you are and want to break up (most likely because you lied).

Again, there’s no shame in adding a few new practices into your flirting, but completely changing your script is a bad idea!

High school is just the beginning of your dating life, so don’t beat yourself up over one stupid boy.

Hopefully these 10 tips taught you how to flirt with a guy in high school!

Remember that guys are simple creatures and they’re just another person in the world.

Don’t put him on a pedestal or place him above yourself. If anything, girls have a higher chance of getting a guy they like.

Go get your crush! Good luck!

What Do Teenage Guys Like To Do For Fun? 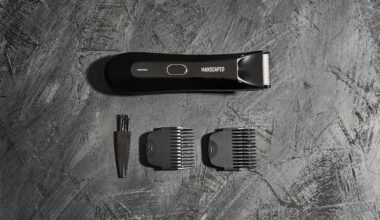 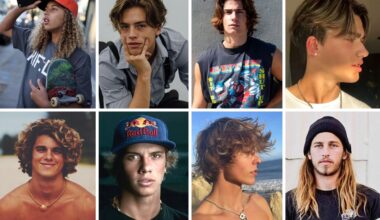 Read More
Are you a skater boy looking for some inspiration for your next haircut? Here are 50 cool skater…