Why Do Teenagers Rebel? (Reason #3 Will Shock You)

Are you a parent trying to better understand your teen? Why do teenagers rebel? All your questions will be answered here!

Teenagers are not easy to understand by any means. However, with a little bit of patience, the answers are simpler than you think.

Teens ultimately want to be heard. They are going through the transition of becoming an adult.

To be fair, sometimes they’re not even sure whether they should act like a kid or a full grown adult.

What Are the Causes of Teenage Rebellion?

There are several reasons why a teenager might rebel. Here are a few causes of teenage rebellion:

In summary, part of their rebellion stems from chemical/brain changes while the other part stems from their need to feel like an adult.

There are ways to get through to them. It takes a lot of communication and understanding from both sides.

More on that later!

Why Do Teenagers Rebel?

Teenagers rebel because of their desire for independence.

For the longest time, they understood that they were under their parents’ control. As their brains develop during adolescence, they realize that they can handle themselves on their own.

It is very common for teenagers to rebel. They are in a tricky situation where they’re not sure if they should act like kids or adults.

Because of this, they experiment with their independence and seek full control over their lives.

How Do Teenagers Typically Rebel?

There are many ways that teenagers typically rebel. Here are a few rebellious actions that are common in teenagers:

Ultimately, they are not being themselves for the purpose of rebelling.

Why do they commit dangerous acts? Because they’re trying to test their limits as they’re on the way to adulthood.

What Age Do Teenagers Rebel?

Teenage rebellion occurs between the ages of 12-18 with the earlier years being more rebellious than the later years.

It’s common for most teenagers to go through some sort of rebellious behavior in order to discover themselves through adolescents.

In certain cases, rebelling can occur earlier than 12 years old and later than 18 years old. However, this is usually less common.

How Do I Reason With A Rebellious Teenager?

Teenagers just want to be heard and understood. If you can hear out what they have to say and actually compromise with them, you’ll avoid much further rebellion.

Here are a few steps to reason with a rebellious teenager:

Any agreement between parents and teenagers is always a good way to leave a conversation without feeling like nothing changed.

For example, let’s say your teenager rebels because they feel like you don’t listen to them. Ask what they’d like you to do. Maybe they request that you don’t argue when they have an idea about something.

After hearing what they say, start to implement what you’ve learned on a daily basis.

The key is to check in often without being overly invasive. They still want their space, but they want to know you care.

It depends. Here’s why…

Teenage rebellion can be healthy if you make a compromise with your teen to allow them to find themselves while still complying to your rules.

It’s not healthy when there is still no understanding or agreement between a parent and their teen.

They will do things to seek independence and understand themselves whether or not you’re involved.

Let them do their thing as long as they’re being safe. Stay involved in their lives and show them that you care while still giving them that space.

Believe me… they want you in their lives more than you think!

Hopefully your concerns about why do teenagers rebel have been answered.

Best Deodorant for Teenage Boys in 2023

Read More
Want to perfect how you shave your pubic hair? Here’s how to manscape for teenage guys without getting…
RReal Talk 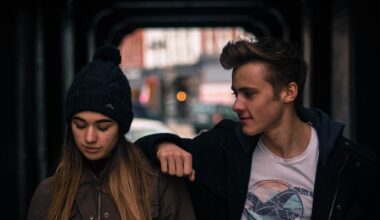 Read More
Are you a teenager looking for advice to better yourself? Here are 10 valuable pieces of advice for…